I took a few days off work and went down to "the big smoke", to Angel Islington specifically. (That's the blue one on Monopoly isn't it?). The Business Design Centre was holding the second 3D Print Show - obviously I wasn't tuned into 3D printing last year (2012) 'cos i missed that.

I am really glad I went it is a huge hall reminds me of GMEX and it had over 50 exhibitors. With printers ranging in price from a few hundred pounds to tens of thousands, and ranging in size from very small desktop footprint to the largest enclosed cabinet extruding machine I have seen- almost the size of a little coffee shop. The base plate's smallest dimension was 1metre it had the name (Aroja on it but I don't see it on the web site).

The first person I spoke to was the owner of a kickstart business with simplicity in mind- his business card reflected the minimalist attitude with "PB printrbot" in bottom corner and other side the web site "printrbot.com". He had on show 2 wooden based printers - one he claims must be the cheapest in the world at $300. Apart from the 3Doodler pen he must be right. and yes the founders of the 3Doodler kickstarter were also there - they had a couple of tables set out and invited people to try it out for themselves. I think this is the first thing I heard about relating to 3D printing - one of those distractions on youtube.

As with a lot of the exhibitors they were either kickstarters or prototypes or had no UK distributor's and so you could not walk away with a device from the show.

The most eye catching display was not an actual inventor or supplier of 3D printing device but a commercial customer- and from my favourite hobby topic is from the movie effects industry, it was LegacyEffects -they brought with them large amount of props from Film and TV commercials that they have been involved in. IronMan, Real Steel, Pacific Rim, Avatar, Thor. They had a little cinema set up showing a youtube video with the narrator explaining they could not have down these projects in the time scale without the use of 3D printers. - I would have loved to question further if there was someone actually from LegacyEffects to speak to. Because one of my biggest concerns at the moment is the fact that 3Dprinting takes so long for anything of a substantial size. So the 8ft Noisy Boy robot from Real Steel could not have been done in a couple of days- I assume that the 3dprinting process provides a base structure which is used to apply shiny coatings and finishing before it is ready to go in front of a high def 4K camera. In fact there was a specific stand showing the 3 phases of the model of Thor's hammer from the first plain matt grey plastic to multi material version to the final coloured leather bond version- all behind display screens of course.
Actually I am getting distracted just by looking at these URL links I have added to this blog. Saw that LegacyEffects did the spectacular diorama used in one of the Halo commercials. I did wonder how they got those models so life like.

Back to the exhibition... I got to meet Sam one of the founders of Formlabs kickstarter the domestic SL printer which uses there own specialist resin - again I could not walk away with a model even if I had the money. You can order one and it will have to be shipped from America. It wouldn't be too bad as a one off shipping cost but as you can only get their raw material from them AND in 1Kg bottles this could be prohibitively costly.

There were lots of services based industries there and CADventure was one I wanted to speak to because they provide the SLS full colour print outs as a service and they are based in the UK.

This does tend to be quite an expensive option per model but it seems to be one of the few UK companies that I am aware of.

The alternative is via an machine from MCor which provides the cheapest full colour print out around. However they don't have a service as yet in the UK - they just want to sell you the product.
Which is £35K I think. But they have been doing a deal with Staples in the Netherlands as a pilot- which I am looking forward to- when/if it comes to the UK. It uses an ingenious method of normal laser printed A4 sheet -i.e. you print the slices of your model at the thickness of the paper - it takes each slice across and glues to the previous page and then cuts out the layer using a blade that just cuts to a depth of that one sheet thick.

Another exhibitor I wanted to see was EuroPac from Crewe who are a 3D services company who have been providing a service to engineers for quite some time. But they seem to have set up Quod a separate scanning company- who were also there providing a £250 scan and print service during the exhibition.

A few of the companies including a research department of Nottingham University were showing of the various materials that can be printed. But I was really taken by the ingenuity of WASP which used a huge Delta Tower to print a clay based beehive- so there was some using a mixer for the clay and fed that into a hopper which pushed the material down a nozzle and formed a beehive -excellent however the resolution is crude and I don't think I could use it for a sculpture- but it was fit for their purpose. They also had a printer that had interchangeable heads- i.e. change it for a drill and use it as a CNC milling machine- it carved into wood pieces. They could change to a laser that could cut vinyl for lettering, also a syringe could be filled with liquid ceramic and the printer would just press on the plunger. Its not clear from the associated web site but I thought this was very versatile way to go.


I am not going to be able to list everything I saw here (here is the full list) but I think Sam P. would have like to have seen the dedicated medical stand which had a scientist Alan Faulkner Jones using a makerbot to squeeze out stem cells- I couldn't get to chat with him as he literally had a queue of camera crews lined up or should I say jostling to have the next interview with him.


I definitely came away from the day satisfied that this is the thing that will dominate the future gadget market.


Hope you I gave you something to consider and follow the links. I think we should be able to set our own exhibition in Manchester soon. What do you think? What about a magazine lin the form of "which 3Dprinter"? 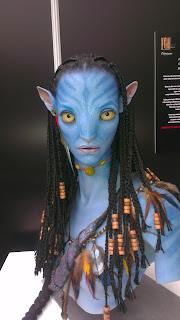 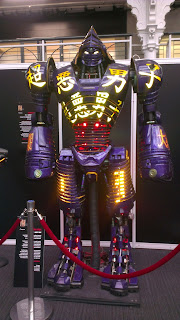 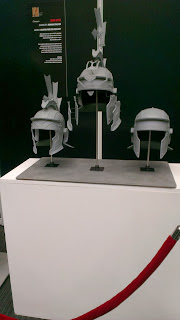 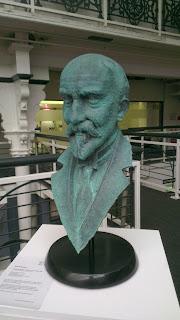 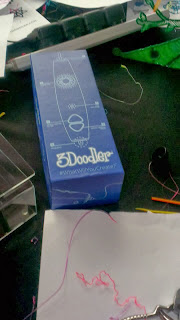 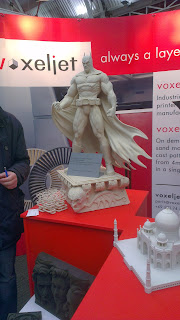 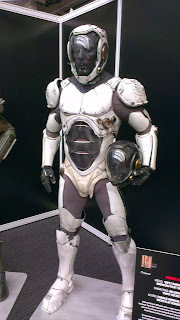 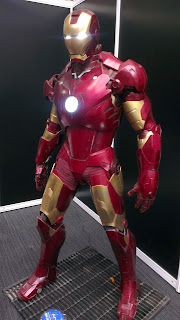 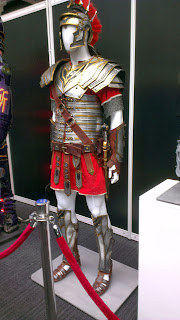 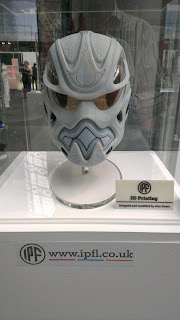